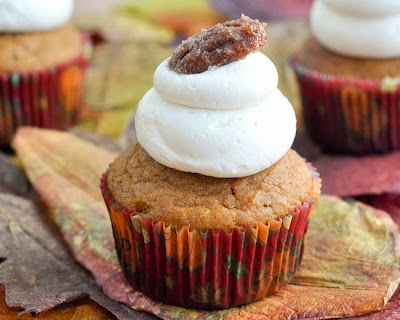 Pumpkin cake with cream cheese frosting… nothing beats that!
This recipe has a fluffy cream cheese icing, though, and it is so rich and tasty, it’s worth the extra effort.
Top it off with a candied pecan (or a candy corn pumpkin for the kids), and you’re set. 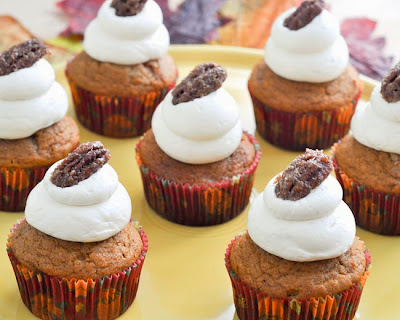 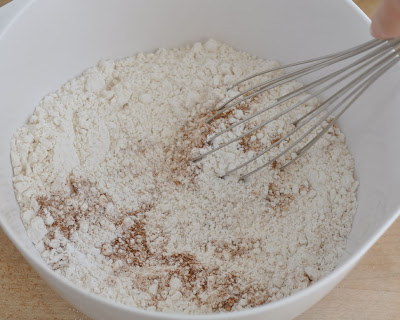 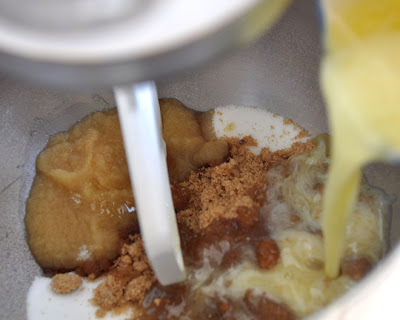 In the bowl of a mixer, combine 1 tsp. vanilla, ½ cup melted butter, ½ cup apple sauce, 1 cup sugar and 1 cup brown sugar.
Add eggs one at a time. Mix well after each egg. 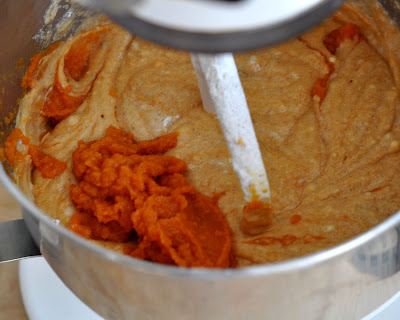 Measure into lined cupcake pan with 1/4 cup measure or dough scoop. Bake for 15-18 minutes at 350-degrees, until cupcake springs back with touched gently on the top.

Make the Candied Pecans:
Preheat the oven to 225-degrees. 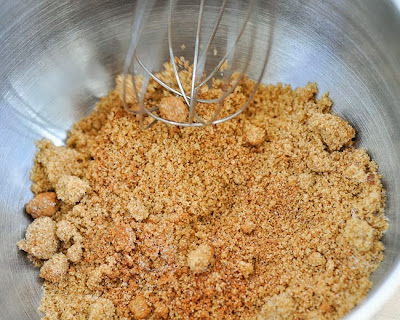 In a medium-sized mixing bowl, combine the brown sugar, cinnamon and salt. Set aside. 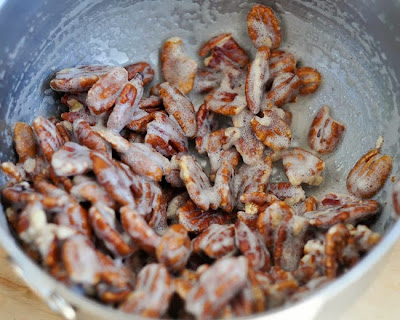 In another mixing bowl, whisk together the meringue powder and water (or egg white and water) until fluffy and frothy.

Add the nuts, and stir to coat them well. 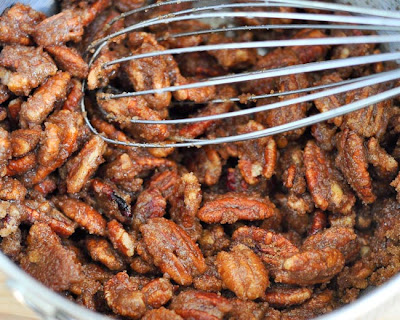 Pour the nuts into the sugar mixture, and stir to coat. 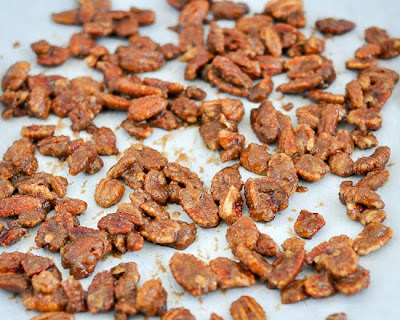 Spread them on a parchment-lined baking sheet. Bake them for 45 minutes to an hour, stirring every 15 minutes or so, or until the coating is dry, not sticky.

Let them cool on the baking sheet before using to top the cupcakes, or storing them.

Begin by wiping down a heatproof bowl, whisk, beaters, and candy thermometer with a paper towel dampened with lemon juice or vinegar. (This will help your meringue whip up higher.)
Set a saucepan with about 1-inch of water in it over medium heat to simmer. 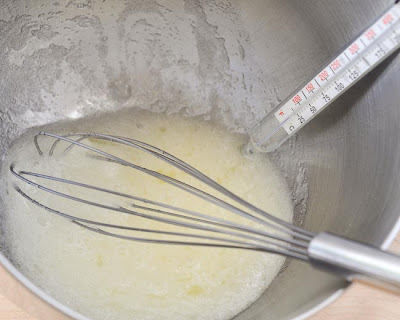 Combine 4 egg whites and 1 cup sugar in the cleaned bowl. Place the bowl over the simmering water. Heat the egg white mixture, stirring constantly, until it reaches 160-degrees (F) on a candy thermometer. This is the food-safe temperature for raw eggs. 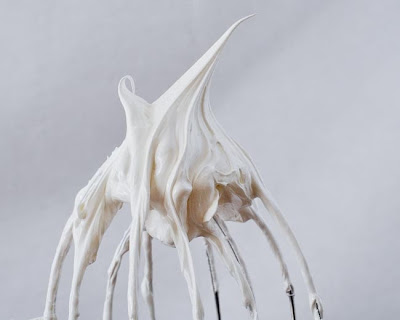 Remove from the heat. Whip on the highest speed with a hand or stand mixer for 4-8 minutes, or until stiff peaks form. 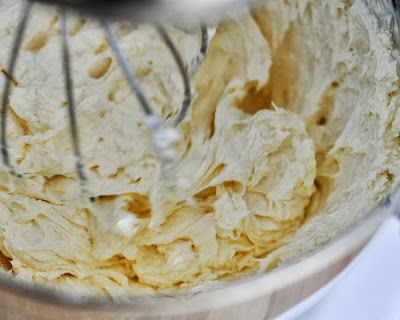 Add vanilla, butter and cream cheese, and whip again (on the highest setting) for 5-10 minutes until the icing comes together in a stiff, creamy mixture. (It should hold its shape when stirred when it’s ready.)
*If you use a stand mixer, switch to the paddle attachment for this step. 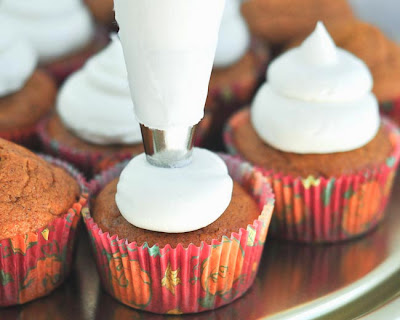 Pipe a mound of icing on top of the cupcake using a large round tip (I used Wilton Tip #1A), or using a plastic bag with a round hole cut in it.
(You will get a much more defined and pretty icing mound if you use a tip, but the cut bag would work as well.) 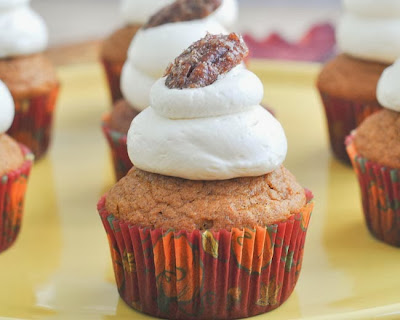 Top with a candied pecan… 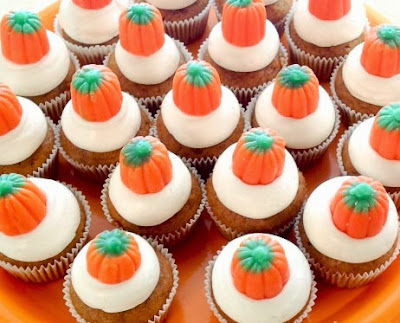 Or, for the kids, I made them in mini-size, and added a candy corn pumpkin. The kids loved them!