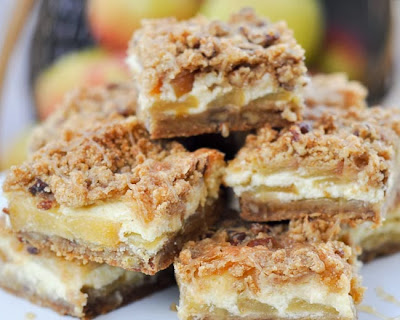 Apples, caramel sauce, cheesecake… what could be better?? 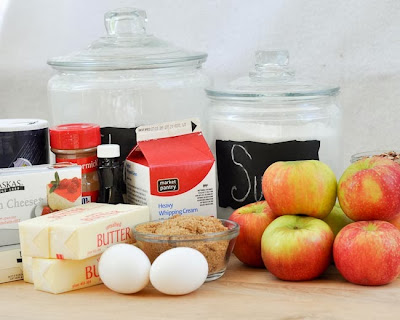 *Note: You can make your own caramel sauce, or you can buy a jar of caramel ice cream topping, or you can also melt about 6-8 oz. of caramel candies with 1/2 cup evaporated milk on the stove or in the microwave. 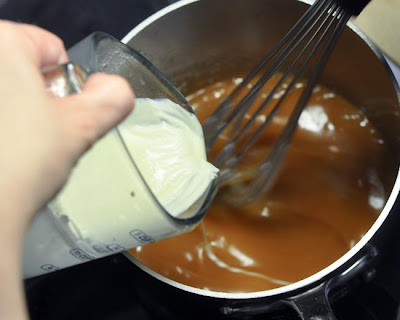 Because the sauce will need to cool a little, I recommend starting by making the caramel sauce, whether you’re going from scratch (see my recipe here) or melting candy caramels with evaporated milk (like I did here).

Make the Crust/Topping
Preheat the oven to 350-degrees (F). 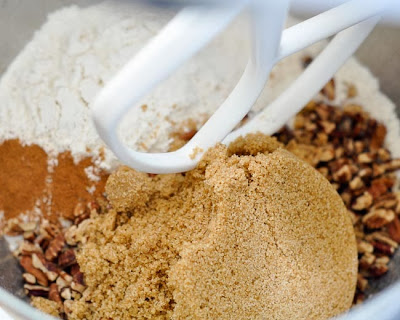 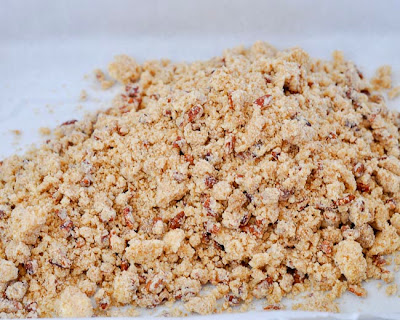 Mix in the butter (cut into small pieces) with mixer or with a ‘pastry cutter’ until pea-sized crumbs form.
Pour about half of the mixture (about 2 1/2 cups) into a 9×13″ pan lined with parchment paper. Press the mixture into a tight crust on the bottom of the pan. Bake for 10 minutes while you make the filling. 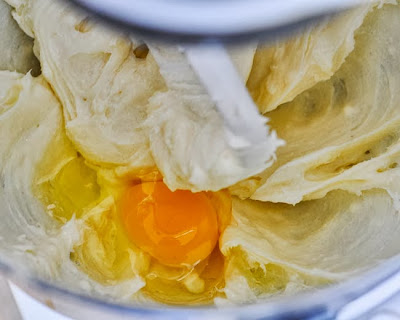 Combine room-temperature cream cheese and 1 cup of sugar in a mixing bowl. Beat on medium speed until light and fluffy.
Add eggs one at a time, adding the vanilla with one of the eggs. Mix each egg well until the batter is again light and fluffy.
Set aside. 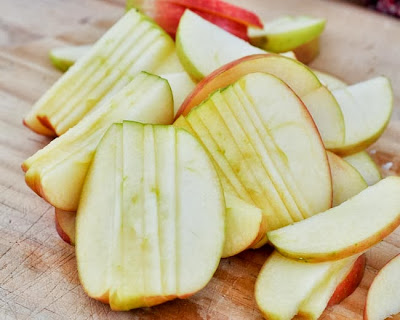 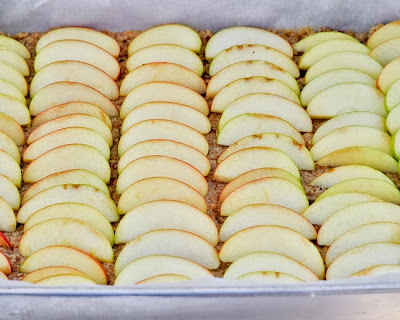 Remove the bottom crust from the oven (after no more than 10-15 minutes), and line the apple slices along the crust. 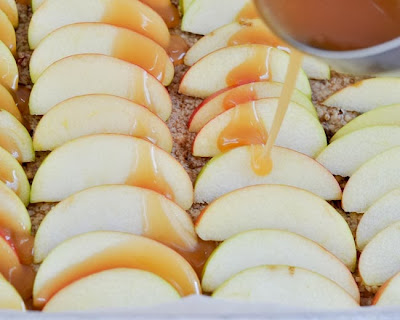 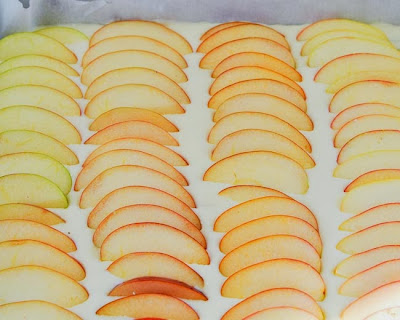 Cover the apples and caramel with the cheesecake mixture, spread evenly.
Top again with the sliced apples. 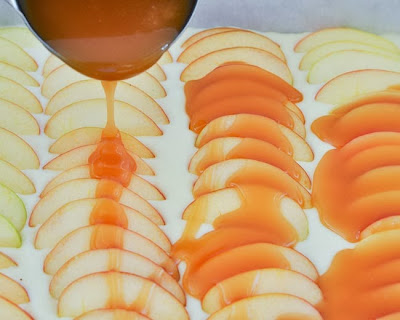 Pour the remaining 1/2 – 3/4 cup of caramel sauce over the second layer of apples. 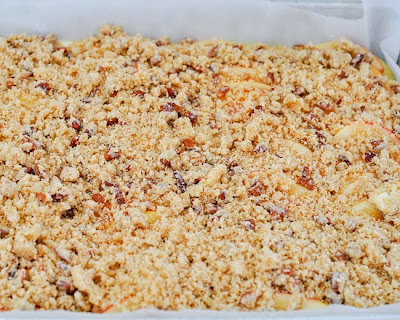 Top with the remaining crust/topping mixture. 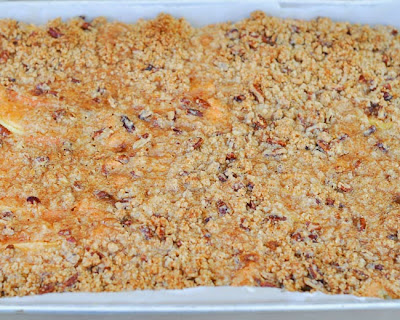 Bake for 50-60 minutes at 350-degrees (F), or until the topping is golden brown, the caramel is bubbly and the bars don’t seem too wiggly in the center when you shake the pan. 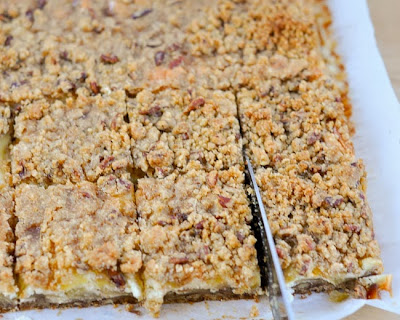 Refrigerate at least 3 hours to allow the cheesecake and caramel to set before slicing into bars. 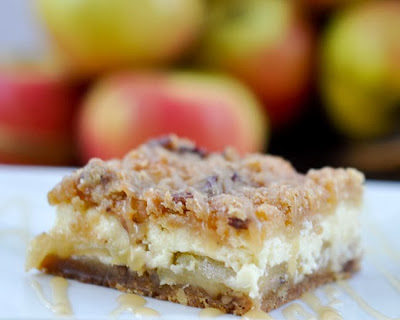 If desired, drizzle with a little more caramel sauce. Enjoy!

Note: This recipe could be adapted in many ways. You could substitute half of the pecans for dry oatmeal, if you wanted a little more “crumble” flavor. You could leave out the caramel sauce if you’re not a big caramel fan. (gasp!) If I did that, I’d probably add about 1/2 tsp. more cinnamon. You can dice your apples, instead of slicing them. Substitute walnuts for the pecans. Lots and lots of options!