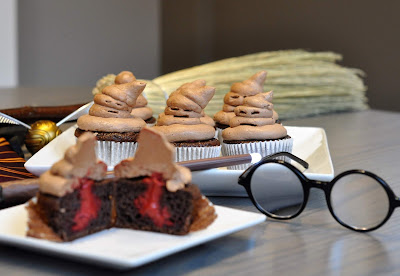 We LOVE everything Harry Potter in our house. So, for my boys 12th birthday, we went to a Harry Potter Trivia Night with some friends. I made these easy Sorting Hat Cupcakes to bring along.

What You Need:
Cupcakes
(I used boxed mix and ‘doctored them up’ to taste a little better.)
Filling:
1 pkg instant vanilla pudding
2 cups half & half
Rich Chocolate Buttercream Icing 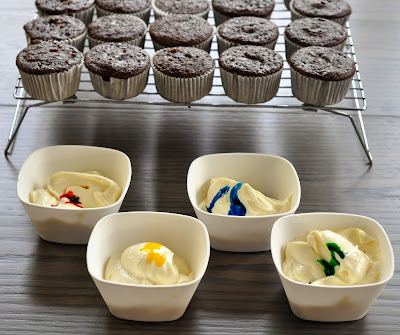 Make the Cupcakes, according to box directions. Or you can substitute some ingredients to make them taste a little better.

Make the filling:
Combine the pudding mix and the half-and-half in a medium mixing bowl. Let set for 2-3 minutes. Then whip on highest speed with a hand mixer until fluffy (3-5 minutes). 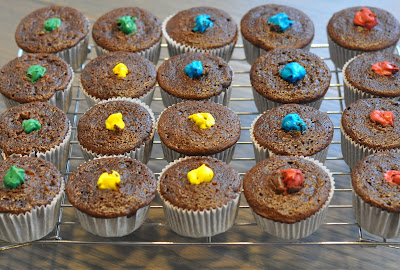 Generously fill each cupcake. (See this tutorial if you are unsure how to fill cupcakes.)

Make the Icing:
I used my Rich Chocolate Buttercream recipe. You can use any chocolate icing recipe, just be sure that it isn’t too dry. You want this icing to come to a point at the end to make the Sorting Hats.

Using a large round icing tip, make the Sorting Hat shape on each cupcake. Hold the bag straight up from the surface, and move slowly up and down to get the wrinkles in the hats. End by pulling the icing bag a bit to one side. (The Sorting Hat slouches.)

Refrigerate the cupcakes for 30 minutes or more. 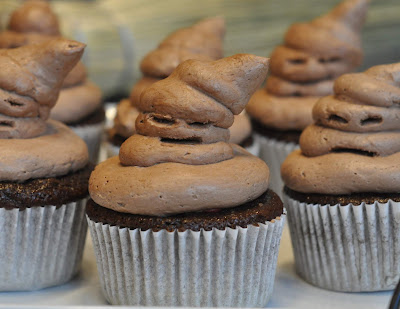 Use a toothpick to etch the eyes and mouth into each hat.

*Note: Yes, they could also be poop emoji cupcakes. They look rather similar!! 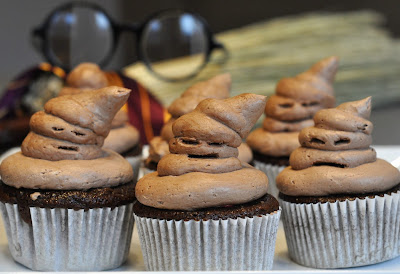 How to Make a Cupcake Icing Swirl
Other Cupcake Ideas