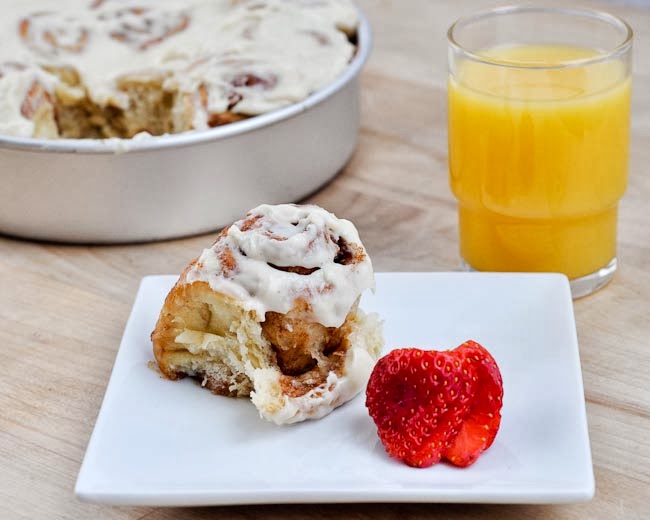 My sister couldn’t believe it when I said I’d never made homemade cinnamon rolls before these. I don’t know, it just seems like a lot of work.
I will say that these aren’t in any way simple, but none of the work is confusing or hard, they just take a lot of time. 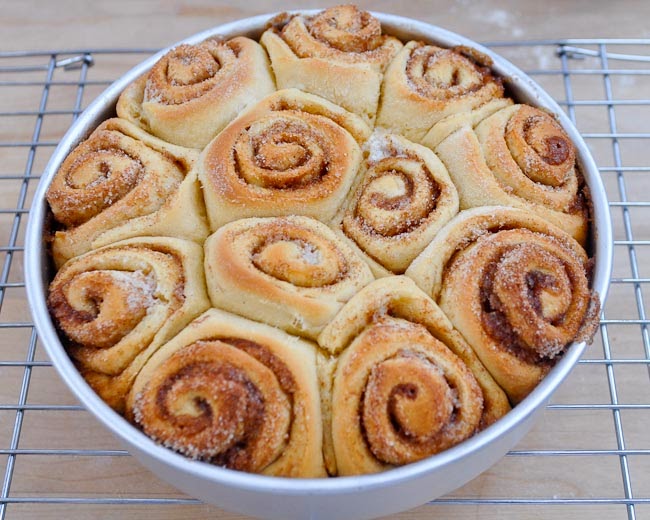 In the end, though, I say they’re worth it.
A friend, who told me she holds her breath when she walks by Cinnabon at the mall… (Gasp! I know, crazy, right?!)… actually tried these at a brunch I hosted, and liked them enough to have another!! 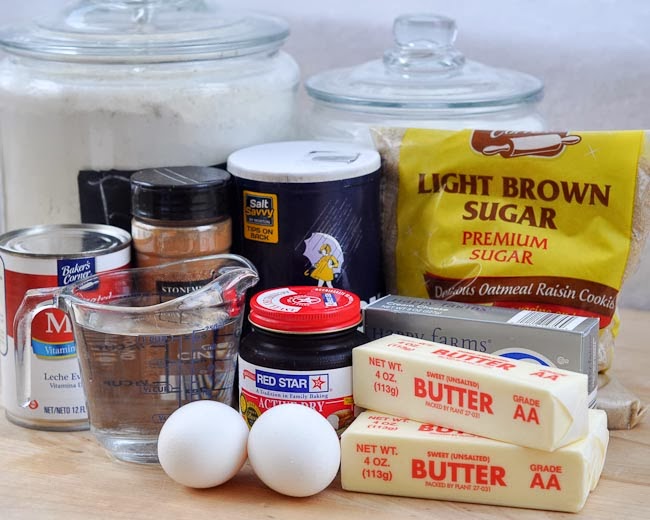 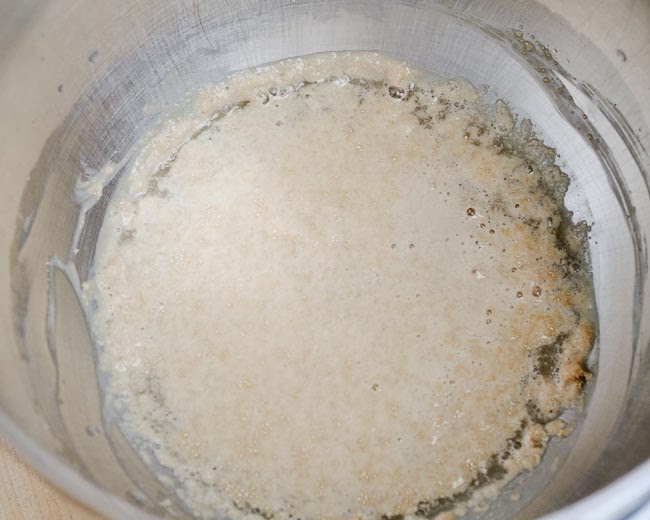 Pour 1/2 cup of the warm water into the bowl of a stand mixer. Add 2 Tbsp. sugar. Sprinkle yeast over top. Let stand for 15 min. or until bubbly. 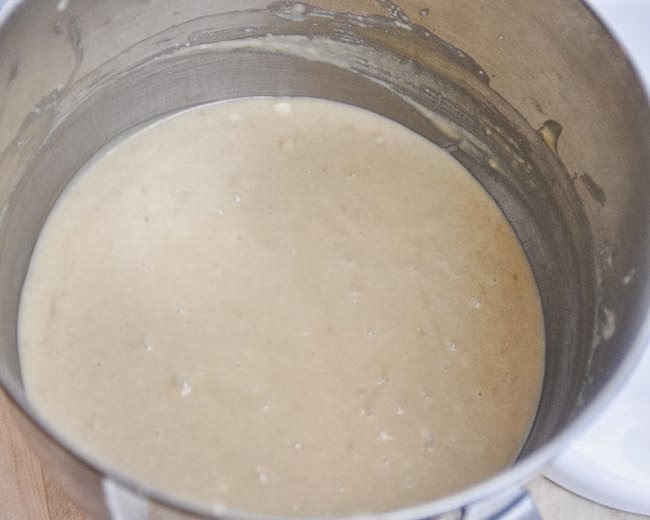 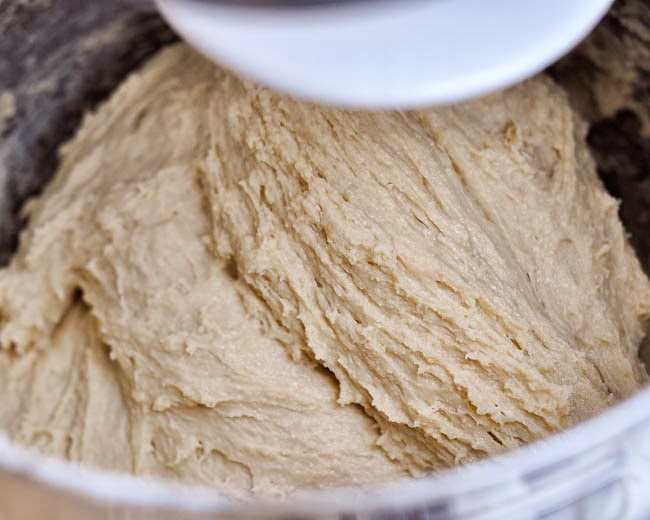 Switch to the dough hook.
Gradually add remaining 2-3 cups of four until dough is firm. 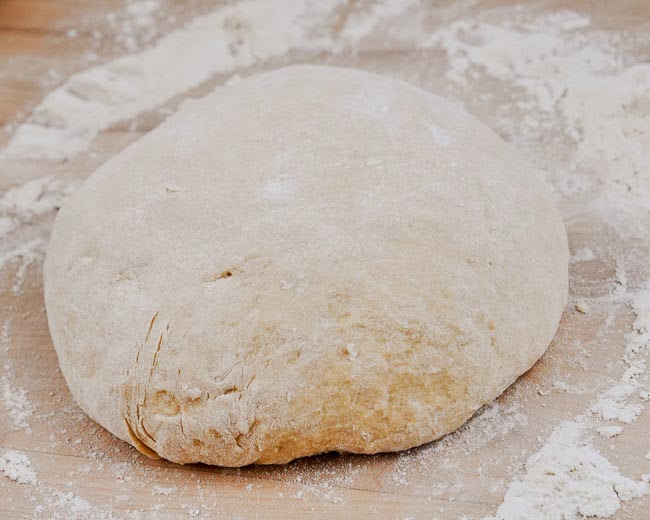 Knead on a floured board (or countertop) until dough is smooth and springs back. 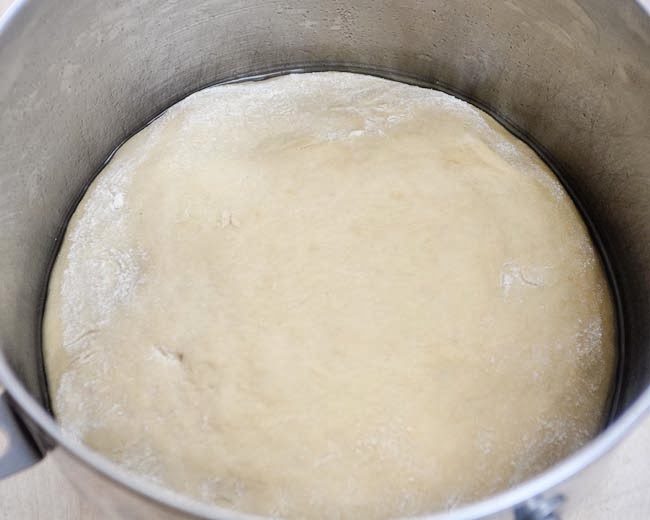 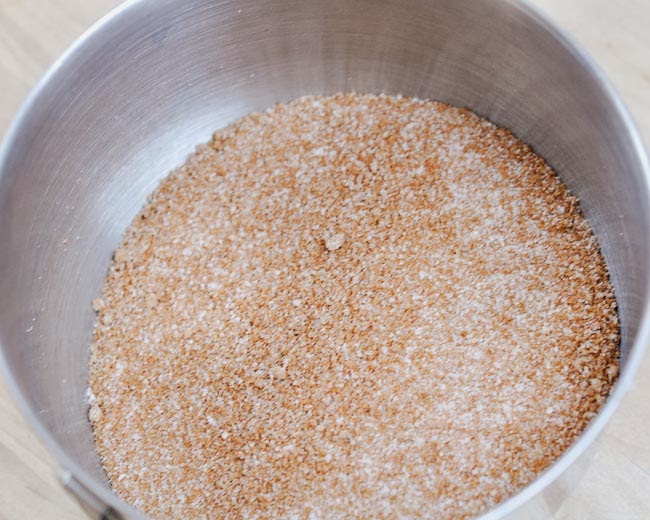 While dough rises, prepare the pans, butter and cinnamon-sugar mixture.
Line the bottom of an 8-9″ round cake pan with parchment paper – or grease and flour the pan well.
Combine the sugar and cinnamon in a medium-sized bowl.
Melt the butter. (I prefer to melt one half stick (1/4 cup) at a time so that I know I’m putting the same amount on each batch– we’re dividing the dough by thirds.) 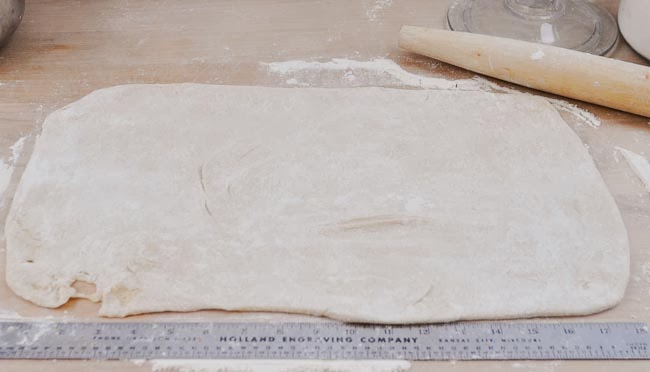 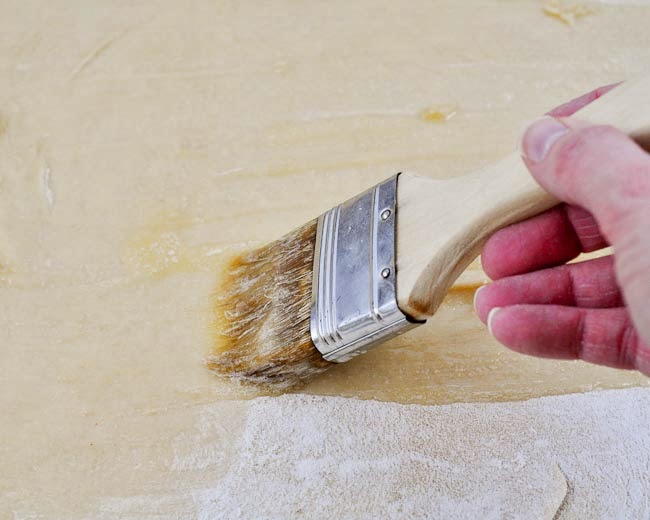 Brush on entire 1/4 cup of the butter. (It may seem like a lot, but it helps the cinnamon-sugar to stick better.) 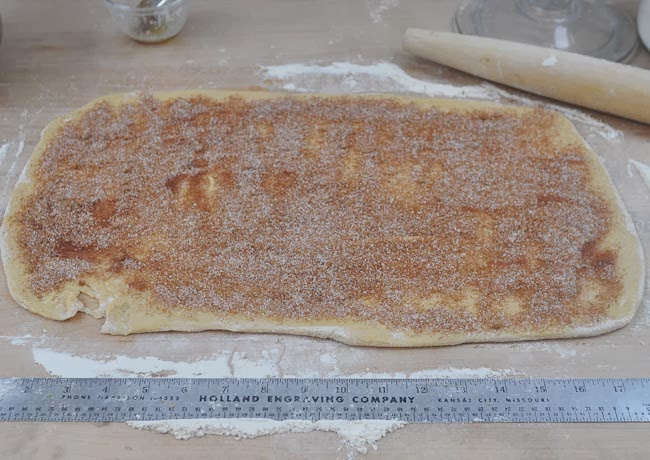 Sprinkle one-third of the cinnamon-sugar mixture over the top (about 3/4 cup). 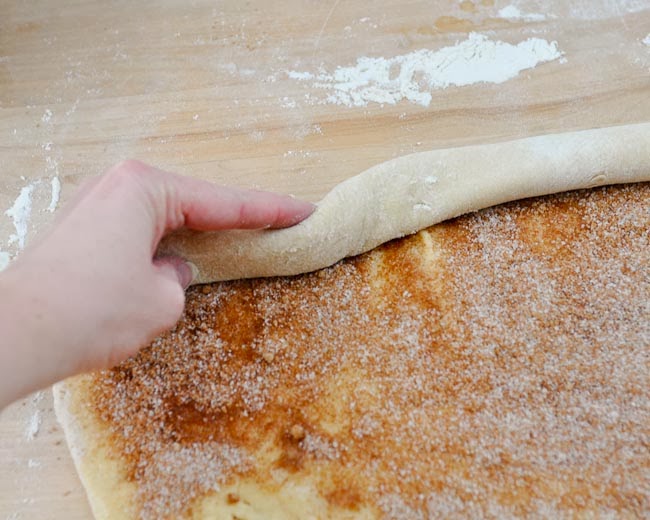 Roll the dough in a long swirl. I started from the top and rolled toward myself. If you roll it from side to side, you’ll end up with fewer, very large rolls. 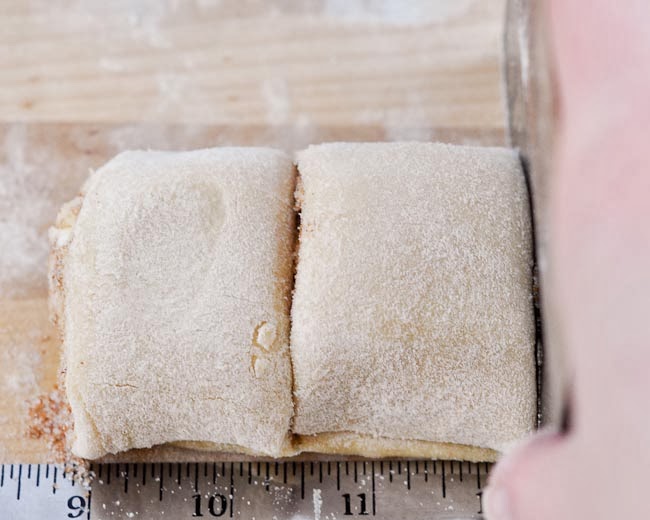 Slice the dough into 1 1/2″ thick slices.Arrange in an 8- 9″ round cake pan, lined with parchment paper. There should be about a finger-space of room between each roll. They should not yet be touching.
*Note: If you want to wait to bake them until the next morning (or a few mornings from now), cover them with foil or plastic wrap at this step. Place them in the refrigerator. The morning you would like to bake them, remove them from the refrigerator about 1-2 hours before you want to bake them. (This really depends on how warm your house is. I live in Minnesota. It’s 2 hours here.) 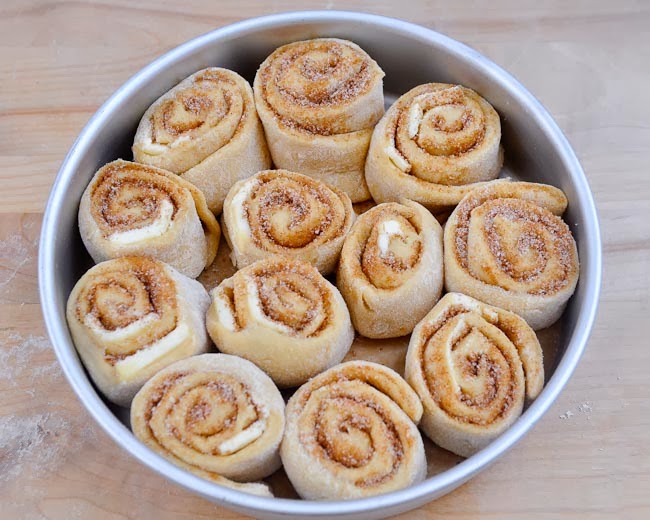 Cover, and let rise again for about 30 minutes, or until they are nearly touching like you see in the photo above.
During this raise, preheat the oven to 375-degrees (F).

Bake for 20-25 minutes at 375-degrees, or until the tops are golden, and the rolls are puffy and gorgeous. 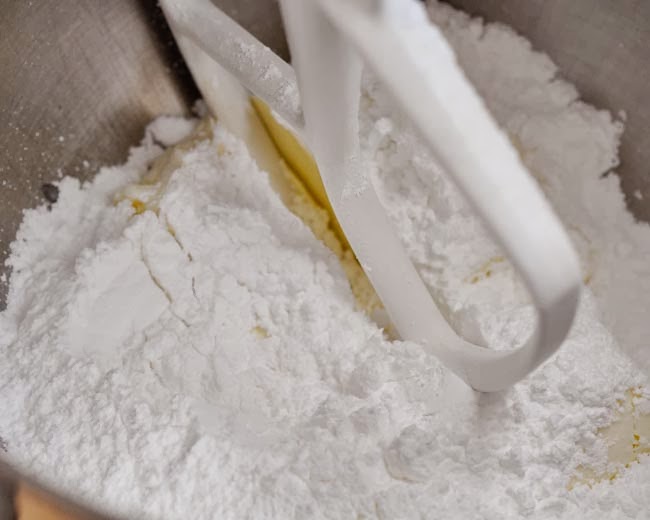 While the rolls are baking, make the icing.
Combine cream cheese and half of the powdered sugar in a mixer bowl. Add milk and vanilla. Mix well. Add remaining sugar. Mix well.
If you want to pipe the icing over the top, you can scoop it into a ziptop baggie, and cut the corner off. 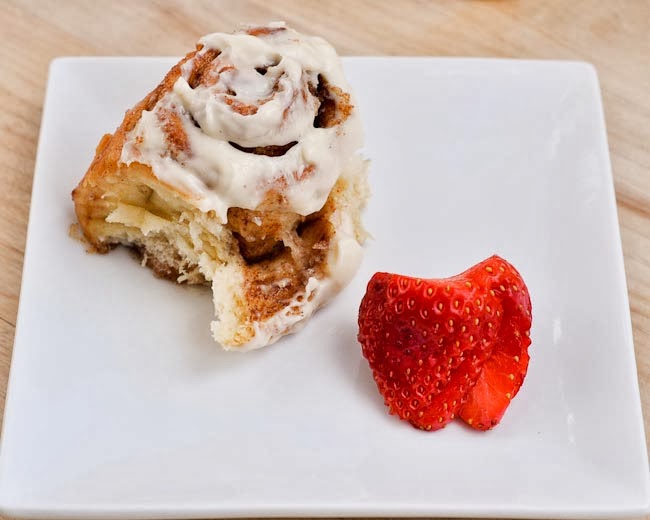 Immediately spread or pipe icing on the top, and serve warm. Soooo yummy!

I haven’t tried freezing these, yet. When I do, I will update with how that works, but they work well from the refrigerator for a few days after making them.