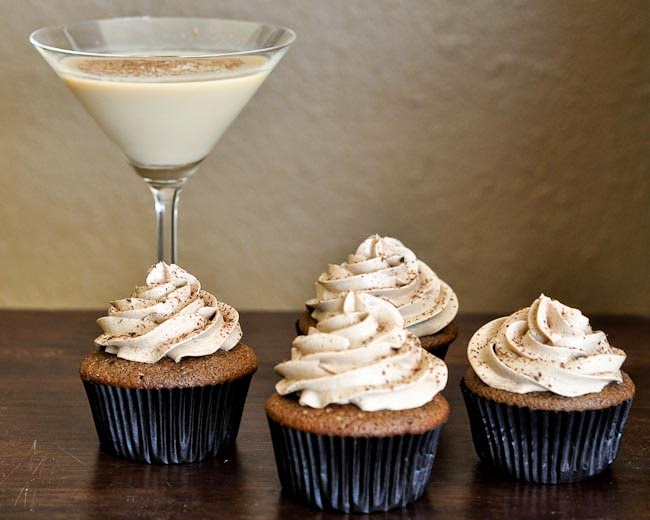 Cupcakes and Cocktails. They go together perfectly. So, when I agreed to hold a little party to benefit my kids’ school, I decided to make these… Chocolate Martinis with Chocolate Martini cupcakes.
(We also made some Strawberry Margarita Cupcakes, if you’re interested in that recipe.) 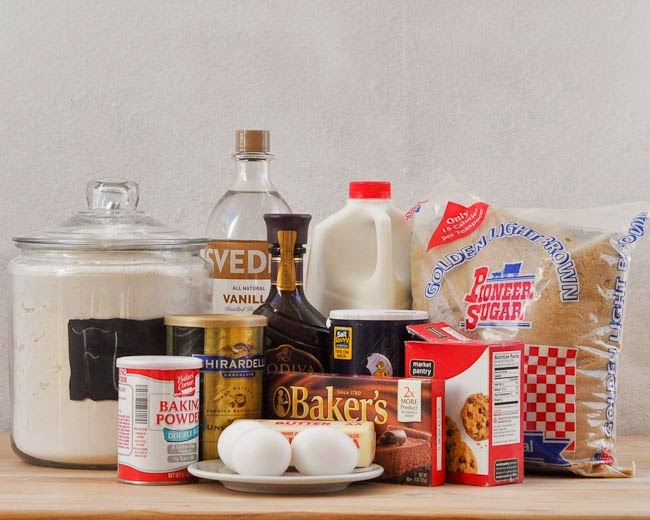 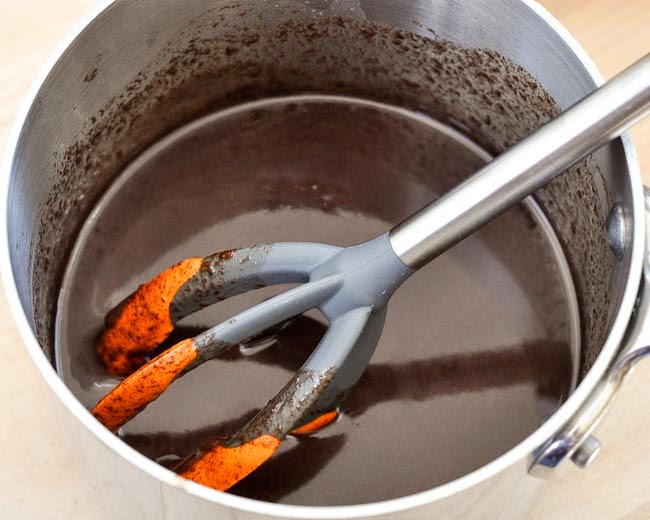 In a small saucepan over medium-low heat, combine the chocolate with the milk and ¾ cup of the brown sugar. Stir constantly to prevent the chocolate from sticking to the bottom of the pan. When chocolate is melted, remove from heat and let cool. 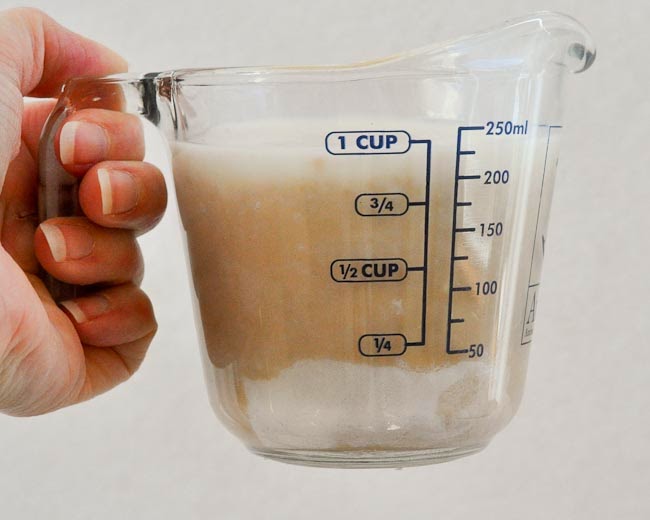 In a medium bowl, whisk flour, salt, cocoa powder, baking powder and baking soda.
In a small bowl, beat eggs with a fork or wire whisk.
In a 1-cup liquid measuring cup, combine the milk, vodka and chocolate liqueur. 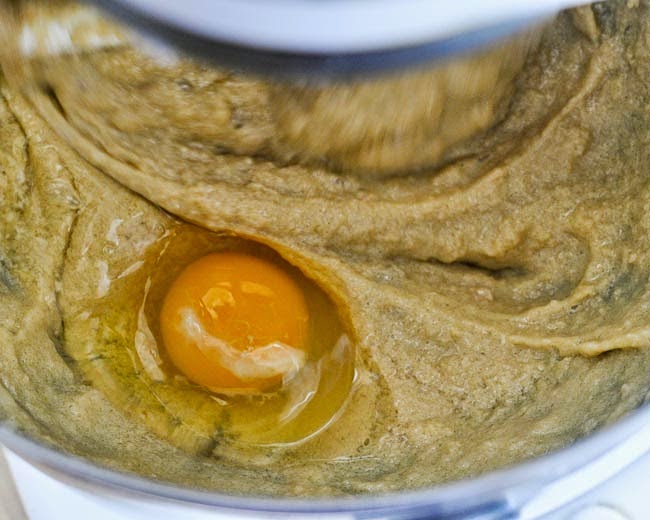 In a mixing bowl, cream the butter and remaining ¾ cup brown sugar until light and fluffy, about 3-5 minutes.
Add the egg mixture to the butter mixture. Beat another 1-2 minutes until well-combined.
Add half of the flour mixture to the mixing bowl. Mix at low speed until just combined. 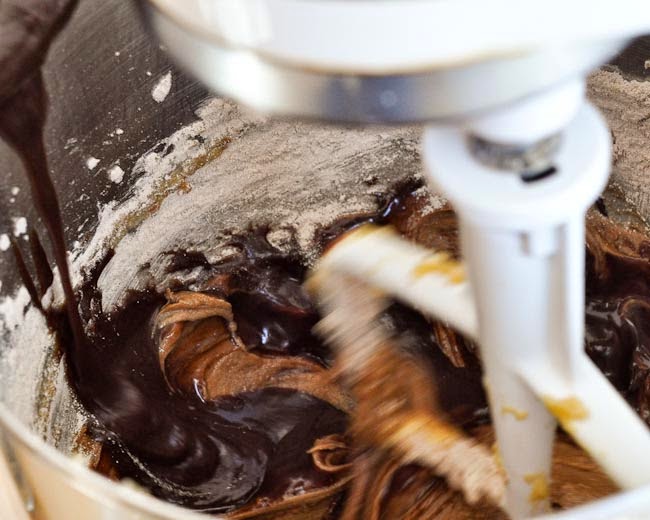 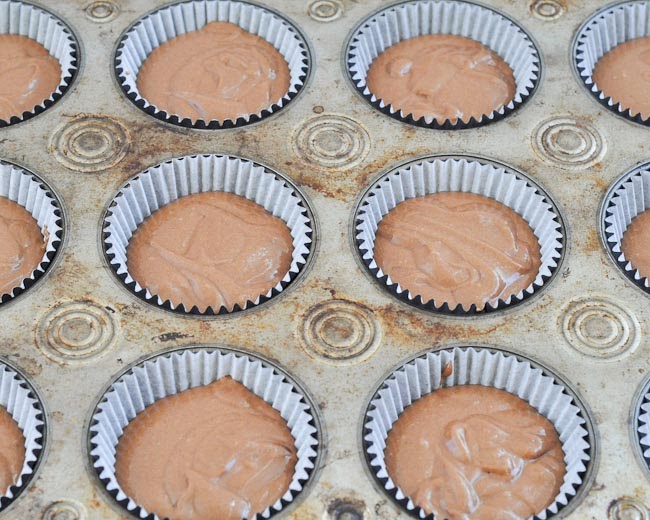 Scoop or spoon the batter into prepared cupcake liners. I recommend 1/4 cup of batter for each cupcake.
Bake at 350-degrees for 15-18 minutes or until a toothpick inserted near the center of a cupcake comes out clean. 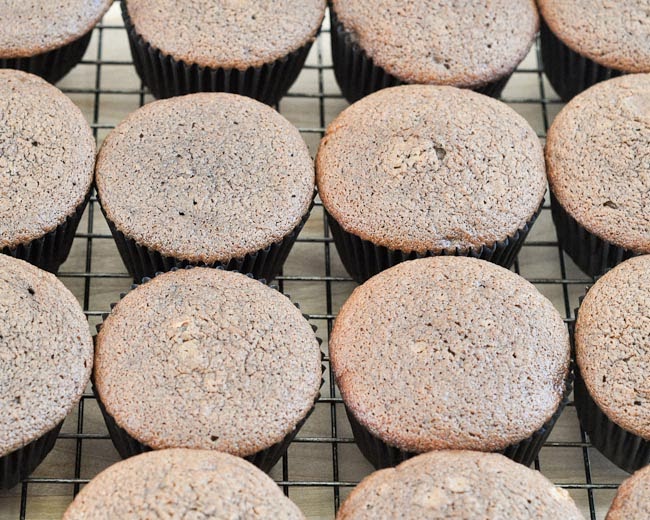 Let cool on a cooling grid.

Make the Icing
Begin by wiping down everything you need to use for the icing with a paper towel dampened with vinegar. (mixing bowl, whisk, beaters, candy thermometer) This helps ensure you will not have grease on anything. Grease will make it difficult for the meringue of your icing to get to a stiff peak. 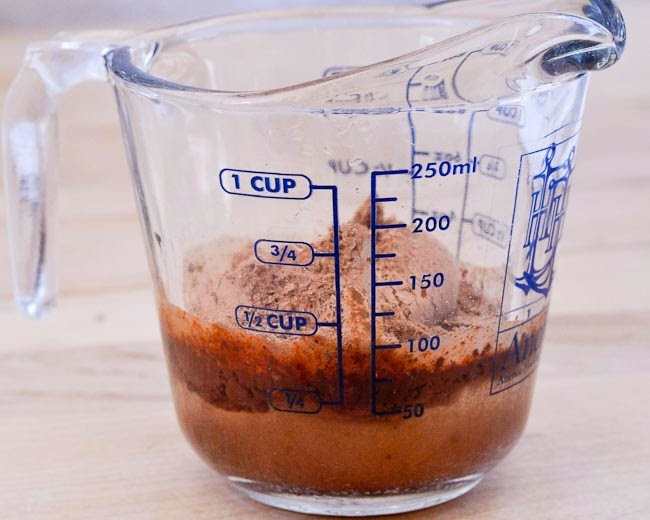 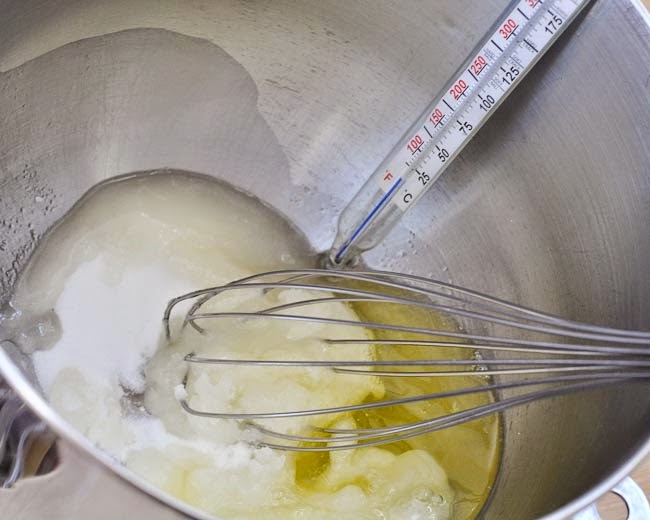 Combine the egg whites and sugar in a heatproof mixing bowl (I use my mixer bowl). Place the bowl over a pot of simmering water, and whisk slowly, but constantly until the mixture gets to 160-degrees. 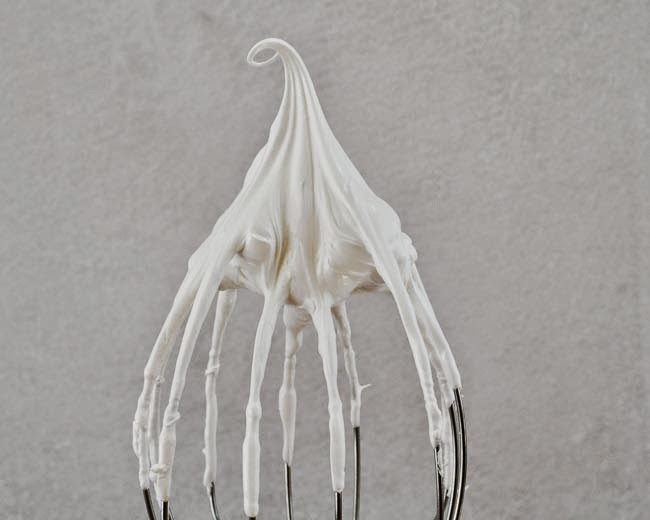 Let stand for about 5 minutes. Then whip on the highest speed possible until stiff peaks form. Switch to the paddle attachment here – if you use a stand mixer. 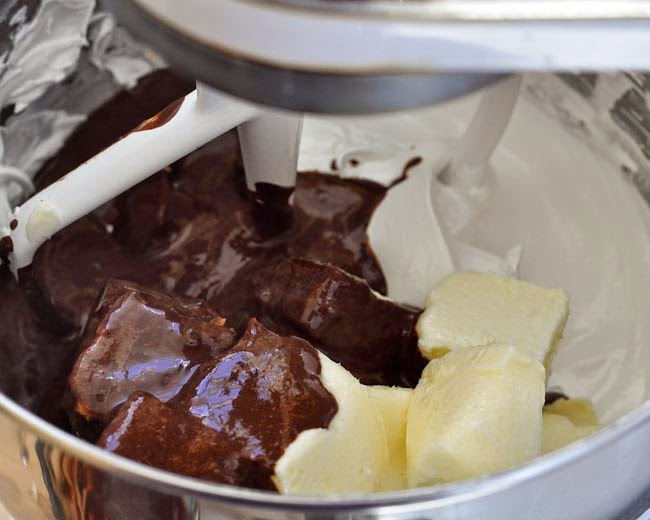 Add butter, cut into 2 Tbsp. chunks, and the chocolate liqueur mixture to the mixing bowl. Mix (moving slowly to highest speed) until icing is fluffy and holds its shape.

*Note: The liquor wants to seep out of the icing, so you may need to re-mix the icing a few times while decorating. 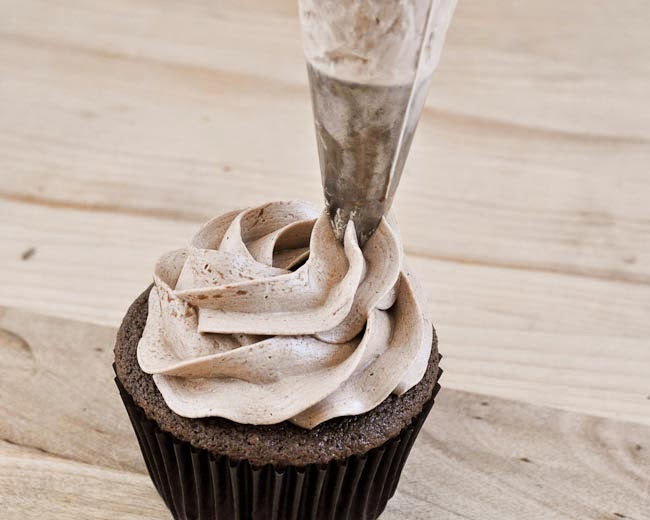 Using a pastry bag fitted with a tip 1M, pipe a swirl on top of each cupcake.
*Note: If you want to add a little more boozy flavor, brush the tops of the cupcakes with some vanilla vodka before adding the swirl. 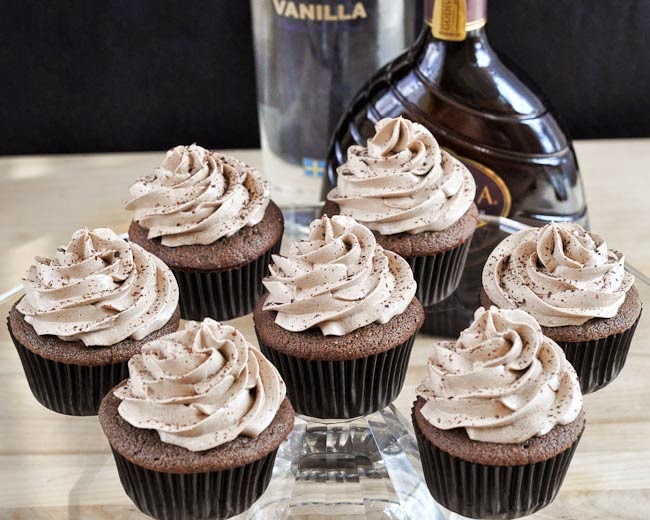 You can then decorate with chocolate shavings, a drizzle of melted chocolate, mini chocolate chips, or any kind of chocolate addition that you would add to your martini.