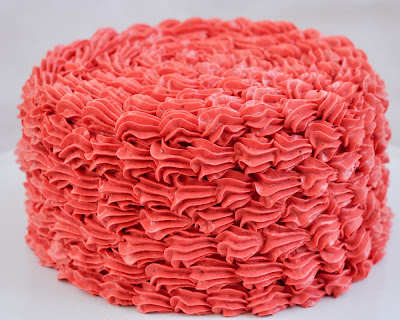 Ruffle-covered cakes are very popular right now. The problem with a lot of them is just the amount of time it takes to do them. 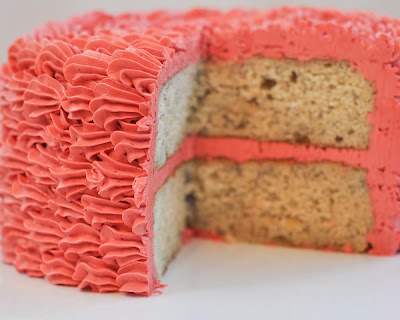 This strawberry-banana ruffle cake is much easier than most. For this 2-layer 6″ round cake, I spent less than half an hour piping the decoration.

*I used my Banana Cake Recipe. You could also use Cake Mix Made to Taste Like Homemade.
**I used my favorite Strawberry Buttercream Recipe (with some red food coloring added to make it a little darker). You can find all of my Icing Recipes Here. 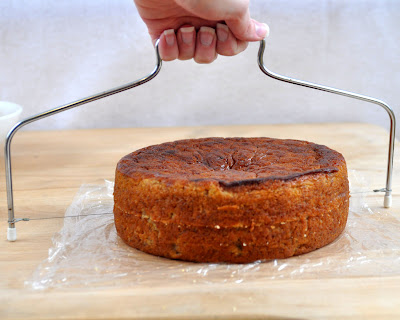 Bake the cakes, cool them, and level the top. (If you’re new to this, many helpful Basic Tutorials are listed at the end of this post.) 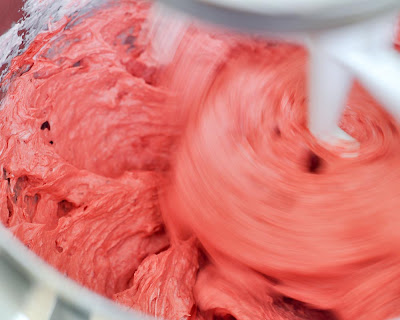 Make the Icing… The Strawberry Buttercream really is my favorite, ever, but most buttercream icings would work just fine here. 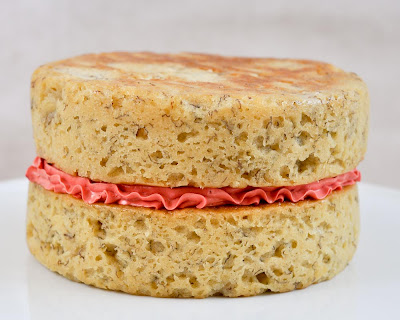 Stack the cakes, with a layer of buttercream in the center. 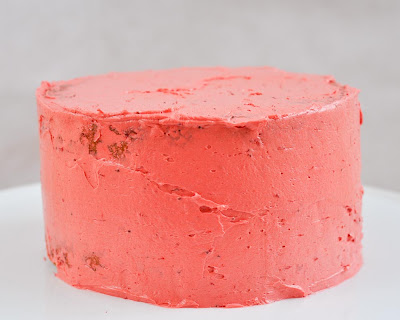 Coat the cake with a thin layer of icing. It’s okay if it’s a little messy. You just need this layer in case your ruffles (shells) are a little too far apart, then you won’t be able to tell if your cake underneath is the same color! 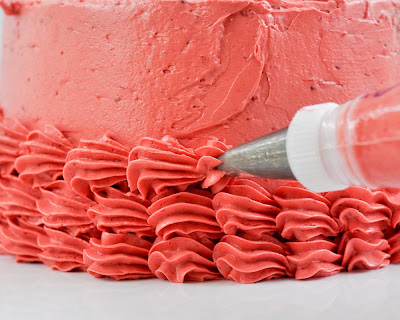 To make the easy ‘ruffle,’ you add shells all around the cake, being careful to try to alternate where the top, fatter part, of the shell and the thinner tail of the shell go.
To make a shell, you use an open star tip, like Tip #21 that I used here.
Hold the bag parallel to the side of the cake, with the tip almost touching. Squeeze and move the tip back gently into the icing to create the fatter part, slowly move the tip along the surface about 1/2-inch, relaxing your squeeze as you go to create a tail. Start the next shell ruffle about 1/4-inch from the previous tail. 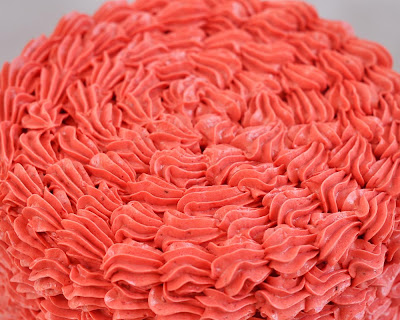 You do the same along the top in rings as you move toward the center. 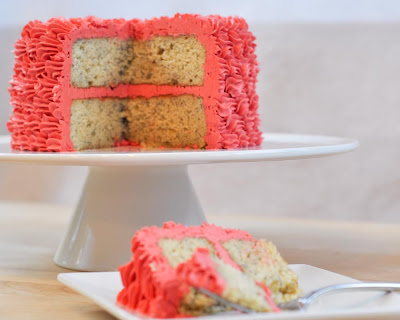 Click the Links Below to See:
Basic Cake Decorating Techniques and Ideas
How to Cover a Cake with Icing
What You Need to Get Started in Cake Decorating